Review and images by H. Seung 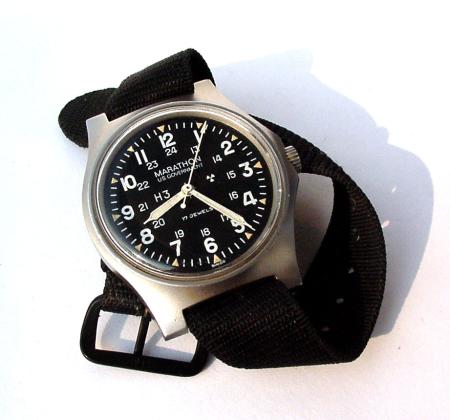 Hey, take a look at this watch! It's a rare variant of GG-W-113 military watch, manufactured by Marathon Watch Co. The watch belongs to a friend of mine. When he first mentioned that he had a Marathon made GG-W-113, I could not believe him since the only GG-W-113s I have seen to date were made by Hamilton, Benrus, and maybe a few by Waltham. Please note that I had to literally beg him so that I could borrow the watch, take pictures, and write this review. Well, here it is! 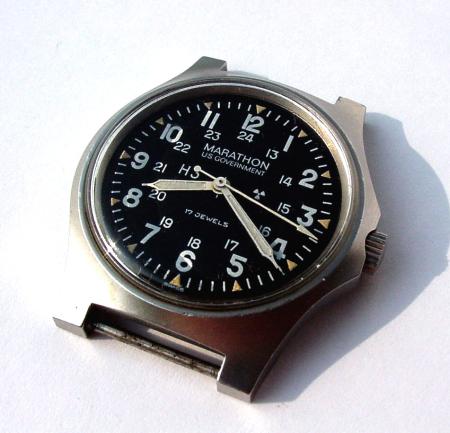 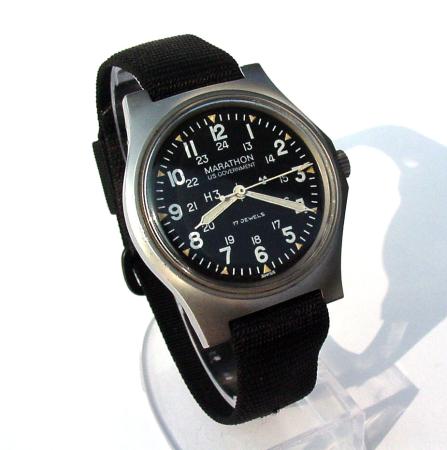 The stainless steel case is also unique to Marathon. It is not shaped like other GG-W-113 watches. Some British military issue watches, namely CWC and Precista, were found to use the same case but fitted with quartz movement. It has fixed strap bars and takes a 18mm one-piece nylon band. The one shown here is equipped with proper black-colored band, to comply with Mil. Spec. GG-W-113. 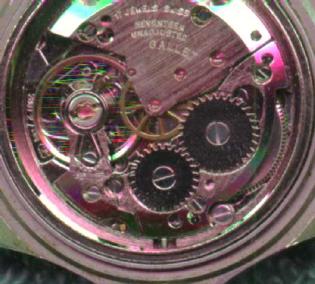 The 17 jewels mechanical wind-up movement is interestingly signed "GALLET". The hack feature is also present in the watch, confirming the fact that it is indeed made according to GG-W-113 military specification. 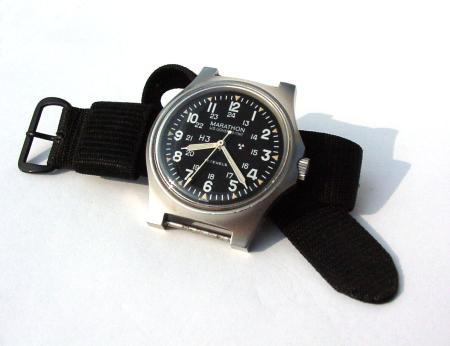 The watch was issued in 1984, making it the oldest dated Marathon watch I have ever seen. Most of the Marathons I have seen were issued in the nineties. Here is the full military marking inscribed on the caseback: 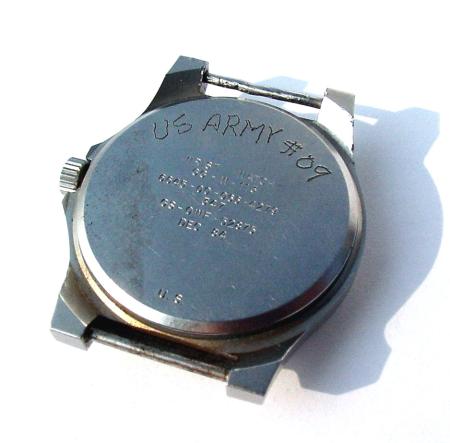 What those codes mean will be left as an exercise to the readers. 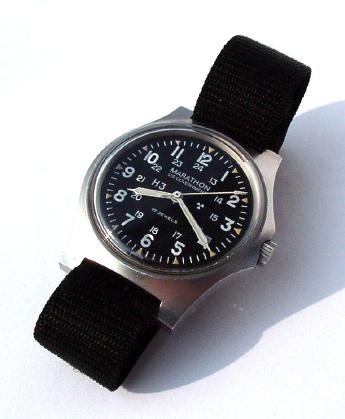